The harpoon was used to catch swordfish 200 years before Christ and now, over 2000 years later, it is still used in the Strait of Messina, with some improvements over the centuries.  The harpoon now used by Sicilian fishermen is 4 meters long and has four toggled iron points. In Sicilian, the harpoon is called “u feru”. 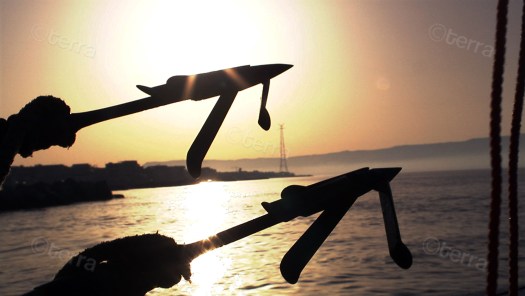 The harpoon has always been forged following some standards that are handed down from father to son. The technique has to remain a family’s secret. For this reason the blacksmith is supposed to loan, not sell the harpoon to the fishermen.  He doesn’t get paid for this, but he always will get a share of the catch that is cut out the large piece of flesh surrounding the harpoon wound.