THE OLD SWORDFISH HUNT WITH THE LUNTRO

The boats originally used until the end of the ’50s were called luntros, a narrow, tapered, wooden rowing boat about six meters long that was painted black underneath so as not to be visible to the fish. They were manned by a crew of four rowers, a spotter and a harpoonist. The rowers would row the boat standing and facing the running direction. Rows had different lengths in order to allow for greater speed and swift changes of direction. Meanwhile the harpooner stood at the bow, ready for action.

In the center of the boat was a wooden mast, about 3.5 meters high, with foot and arm rests. From the top of the mast, the spotter would guide the rowers to the prey which, from that height, would be visible from a maximum distance of about 30 meters. As he did so, he gave rhythm to the strokes of the rowers by loud and constant chanting. 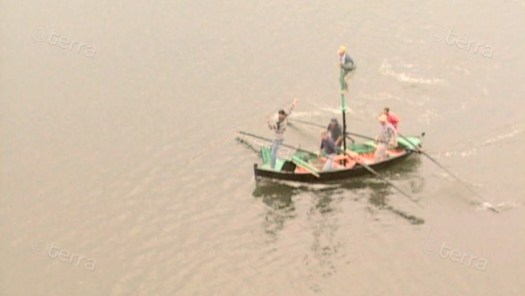 The hunt was a duel on equal terms where man and swordfish had the same chance to succeed. Swordfish have been known to attack and break through fishing boats, putting the crew’s lives at risk.

On the Calabrian coast, the lookout was traditionally positioned high on a cliff, from where the spotter had an overall view of the Strait. Once he spotted the swordfish, he then guided the boat into the sea directing it to the prey. On the Sicilian side there are no cliffs from which to spot the fish, so the fishermen used a large boat anchored to the shore. The Sicilian spotter could see the swordfish from the boat’s high mast.