Following an ancient tradition, after the swordfish is hauled into the boat, one of the fishermen, not the harpoonist, carves four crosses with his fingernails just above the eye of the fish. This multiple cross is called cardata, a tribal gesture that dates back to ancient times and possibly represents an identification mark, a symbolic link to old magical rites. It has been interpreted as an act performed by the fishermen to thank the swordfish for his high value as a fighter. 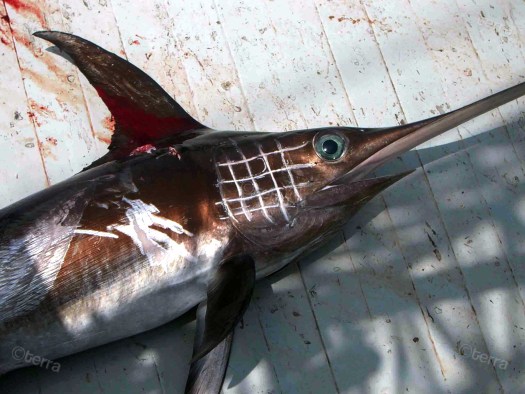